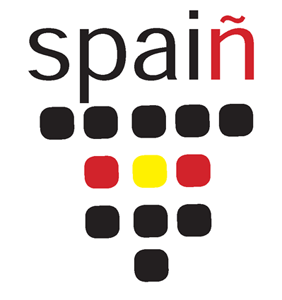 Publicat per pratinsky a 17:14 8 comentaris:

Mark Lennihan/Associated Press
The Breezy Point Madonna, still standing after 100 homes burned to the ground, has become a place of faith.

Where the McNulty home once stood on the corner of Oceanside and Gotham, a few blocks from the Atlantic Ocean on the spit of land called Breezy Point, there now remains a charred, twisted ruin. Deluge, flood and fire have left behind nothing but the foundation. Within it are strewn a dislodged bathtub, an air-conditioner casing battered into a helix shape, a mailbox coated with ashes.

Follow@NYTNational for breaking news and headlines.
Twitter List: Reporters and Editors
As if all that loss were not loss enough, Sandy spared a few tormenting reminders of life before. In the scorched shell of a cedar closet, screen windows stand neatly stacked. Three rolls of paper towels sit on a pantry shelf toasted as delicately brown as cookout marshmallows.
So, yes, the corner of Oceanside and Gotham, the house inherited by the elderly McNultys’ niece Regina after the couple died, is a place of tragedy. It is also, astonishingly, a place of faith. For the one part of the home to survive wholly intact was a statue of the Virgin Mary that Mary McNulty had placed in her garden years ago.
That statue is one of the only recognizable remnants of the swath of Breezy Point, Queens, where more than 100 homes burned to the ground during a flood that kept firefighters from reaching it. Since the waters withdrew early on Oct. 30, the image of the Breezy Point Madonna has reached the nation, indeed the world, through vivid press photos. Pilgrims have come to leave offerings: a bouquet of yellow roses, four quarters, a votive candle, a memorial card for the victims of Sept. 11, a written admonition that healing begins with acceptance.
Ellen Mathis Kail kneeled at the shrine five days after the catastrophe. She had spent 30 summers on Breezy Point and watched her parents save for decades to buy a bungalow on Gotham Walk. She had been married in the parish church, St. Thomas More, a few blocks away.
Living in Denver now, teaching fourth grade in a Roman Catholic school, she had followed the grim news of Sandy’s approach. On Oct. 29, when she saw a message on Facebook saying “Breezy Point burning,” she sent a text message to her childhood friend Meg Dolan.
“Please, Meg,” she wrote, “before I tell my parents, is there any chance this could be a very bad rumor?”
Ms. Dolan texted back, “It’s all devastation.”
The next morning, the teachers and students at Saint Vincent de Paul began writing cards. Ms. Kail flew to New York with a bag full of them on Nov. 2. She had thought initially of having Ms. Dolan or one of the parish priests give them to displaced families. But then, walking through the wreckage along Gotham, she noticed the statue and laid the cards at Mary’s feet.
“I am a kid from Denver,” wrote one boy, “and my teacher is Ellen. I love her accent, it’s funny. But I’m so sorry for your homes. But God will make something good out of it and God will protect you Big and Small. You Rock!”
Ms. Kail noticed a pot of violets outside another destroyed house. Somehow the flowers were alive. She moved the pot beside Mary Immaculate.
“It was so bleak, so horrific,” Ms. Kail, 44, recalled the other day. “And I thought maybe if I left some color, some hope, it would brighten someone’s day, just to think someone is praying for them.”
Even before Ms. Kail’s pilgrimage, pictures of the Breezy Point Madonna had been widely distributed . One of the first photographers on the scene, Frank Franklin II of The Associated Press, reached the corner of Oceanside and Gotham about 6 a.m. on Oct. 30.
Winding through the fields of blackened debris, he found himself transfixed by the statue of Mary. Though raised by Protestant parents, Mr. Franklin had attended a Catholic high school and he immediately understood the deeper meaning.
“It’s weird how I was drawn to it,” Mr. Franklin, 40, recalled. “I’m not the most religious person in the world, but I know what those images are. When I made that frame, I knew it would resonate with people. What I couldn’t imagine was how much.”
Through his Twitter account, Mr. Franklin has heard from people who saw his photo in print or online. “A wonderful image,” one wrote on Twitter. Another wrote, “A symbol of faith.” By the morning of Nov. 15, a Google search for “Breezy Point Madonna” retrieved nearly three million results.
What happened spontaneously speaks to a larger theme in Catholicism. According to Timothy Matovina, a theology professor at the University of Notre Dame, Marian devotion tends to fall into three categories. One involves apparitions; the second concerns statues that are associated with miracles in response to prayer; the third, as at Breezy Point, centers on an image of Mary that survives in some extraordinary way.
“In the midst of terrible tragedy, here’s a holy image, a sacred image, that made it through,” he said, suggesting the reason for the religious attachment developing there. “There’s a sense you’ve been crushed but not abandoned.”
Msgr. Michael J. Curran, the pastor of St. Thomas More, stood before the statue on a blustery morning last week. He carefully lifted up the cards from Ms. Kail’s students, damp and fragile from the rain, so he could bring them into the rectory for safekeeping. A retired firefighter standing nearby, surveying the remains of his home, said hello to the monsignor, then nearly broke into tears.
“It will be a symbol of the suffering,” Monsignor Curran said of the statue, “but also of our rise from the ashes. It will be a symbol of what we’ve been through but also of our resurrection. It will be a reminder that for all the property we lost, God never left.”

Publicat per pratinsky a 20:11 Cap comentari:

A Celebrar
Publicat per pratinsky a 22:21 Cap comentari: